Mortgage rates are constantly changing, day to day even, but there is nothing more dramatic than looking at the historical mortgage rates.

Lately you have probably seen a lot of year over year comparisons. 2020 has boasted historic lows. Lenders and home buyers have spent time comparing current rates to years before. For a little bit of fun, I decided to compare 2020 to each of the decades before it. It is really amazing how much has changed in the way of home mortgage lending over the last 40 years.

Let’s look at what has happened in history, along with the mortgage rates that matched each iconic year at the start of each decade.

This is a year I don’t expect anyone to forget… EVER. 2020 brought us COVID-19, quarantine, business closures and mask mandates. It has also been a year full of protests, riots and even the Murder Hornet scare. 2020 also brought historically low mortgage rates, along with increasingly low home inventory. This has been a great year for sellers, who often receive above asking price in the sale of their homes. While it has been harder for buyers to find the right home, low rates made home buying easier to afford. Historical Mortgage Rates: High: 3.72% Low: 2.88% Average: 3.3%(so far)

We all remember Y2K, right? Whatever happened to that? Well, January 1, 2000 everybody woke up and went about their lives as if they hadn’t spent the last year worrying about the entire country crashing when computers didn’t know how to roll over to the year ’00. This was also the year of George W. Bush VS Al Gore. The year America didn’t know the official winner of the presidential election until December 12th! Historical Mortgage Rates: High: 8.64% Low: 7.13% Average: 8.05%

George Bush Sr was our president, South Africa freed Nelson Mandela, the Western Alliance ended the Cold War, and Iraqi troops invade Kuwait, setting off the Persian Gulf War. Nasa launched the Hubble Space Telescope this year, and it was estimated the 99.9% of households owned at least one radio, with the average household owning 5! Do you still own a radio today? Historical Mortgage Rates: High: 10.67% Low: 9.56% Average: 10.13%

Mount St. Helen erupted and John Lennon was shot and killed in New York this year. Also of note, post-it went on sale (see what I did there?). Namco released the Pac-Man arcade game and the Rubik’s Cube debuted. CNN aired it’s first show in 1980, and the average cost of a new house was just over $62,000. My how things have changed! Historical Mortgage Rates: High: 16.35% Low: 12.18% Average: 13.74%

I hope you enjoyed this peek through history and the mortgage rates we saw during each of these years! What a difference 10 years can make, in history and in home buying! 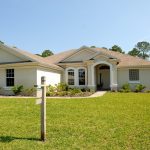